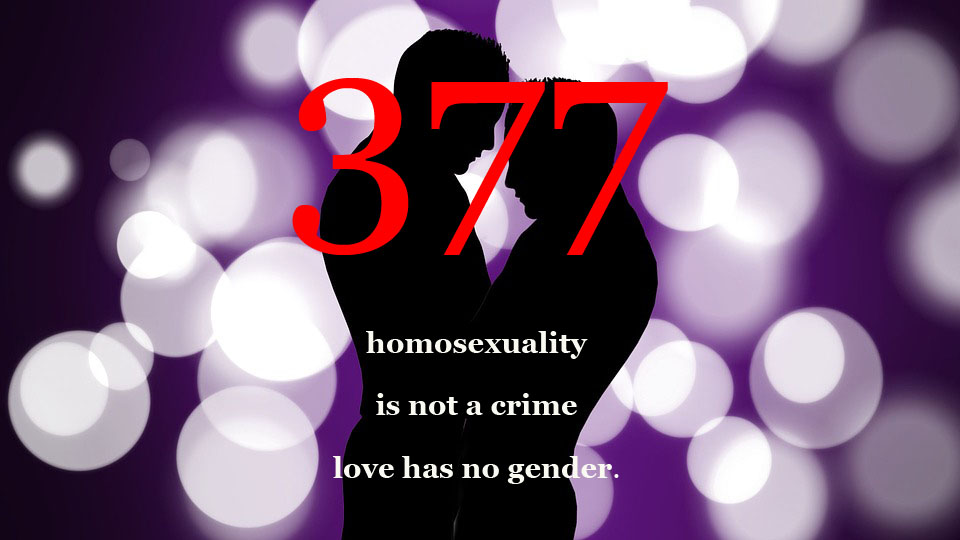 The Indian constitution prides itself on being a secular, democratic republic, hat strives to ensure equality for every individual. Yet our judiciary and the archaic laws paint a dark and contrasting picture to the words inscribed on our beacon of light. The most controversial section 377 of our penal code is still being upheld by the highest functionaries of our legal system. A law that has been outdated by decades, still being used to target and harass sexual minorities.

Section 377 of the Indian penal code punishes “carnal intercourse against the order of nature with any man, woman or animal” with imprisonment for life. Framed in the 1860s by Victorian lawmakers, this is the dread voice of Michel Foucault’s “imperial prude”. But astonishingly, Section 377 remains a rather accurate expression of modern India’s perception of homosexuality. The IPC considers penetration “sufficient to constitute carnal intercourse”. This is, therefore, a law against sodomy, most frequently invoked by the police against male homosexuals in India — and often violently, for extortion and abuse. Lesbians fall through this net because women cannot sodomize each other. The judiciary has repeatedly held up the law sighting it as their moral responsibility in protecting the cultural values of the Indian society.

The provision of the law has been repeatedly misused by the law enforcement authorities to harass and mistreat homosexuals. Around 100 cases were registered from the capital alone in the past year. Bound by the law, that sentences punishment amounting to life imprisonment, the people crippled by the law are utterly helpless. They are ostracized by our so called morality and the Indian culture. They are restricted any reprieve by the law, constantly harassed for their natural inclinations and the law even prevents them from acquiring proper healthcare facilities.

Section 377 and 124A reflect how the colonial masters shaped the Indian criminal laws, completely inconsistent with the democratic constitution we pride ourselves to be. Section 377 is an embodiment of the colonial morality, drawn from Victorian England era, that was famous for the oppression and the repressions in matter related to sex. Upholding the laws even in the 21st century, projects the deep rooted sense of a false morality and ethics that rule over our society. When our nation is on a path laid out to become a super power, set out with digitalization and a booming economy, we are still hung-over on a cultural impetus set out centuries ago.

If a man and woman can fall in love, have sex and get married, have kids and live a beautiful life, why is it denied when it comes to homosexual? Why is homosexuality being treated as a crime? The legislature and judiciary has always maintained a safe distance when it comes to matters of sex and fundamental human rights. People are still fighting for reservation and religious minorities, but what about sexual minorities? Don’t they deserve equal rights as everyone else? Just because they were born different from the masses, doesn’t mean they are any less of a human.

Two years ago, the Supreme Court let slip an opportunity to bring a change in the society. Now the opportunity has risen again, with the law being put under reconsideration once again. Hopes have risen again, it’s time for the judiciary of India to brush past all the social and cultural taboos, and provide fundamental human rights to every individual, irrespective of their sexual preferences.

Homosexuality, lived out freely and fearlessly, places before the individual and society a real set of imperatives, challenges and opportunities: to put reason and humanity before fear, habit and prejudice; to test our unexamined assumptions on the basic elements of human life — the family, marriage, parenthood, independence, loneliness, fidelity, promiscuity. To confront these possibilities in an environment of ignorance, evasion and hostility, and in a condition of vulnerability and powerlessness, with no proper legal structure to protect them, would end up crushing our possibility of building a better society.